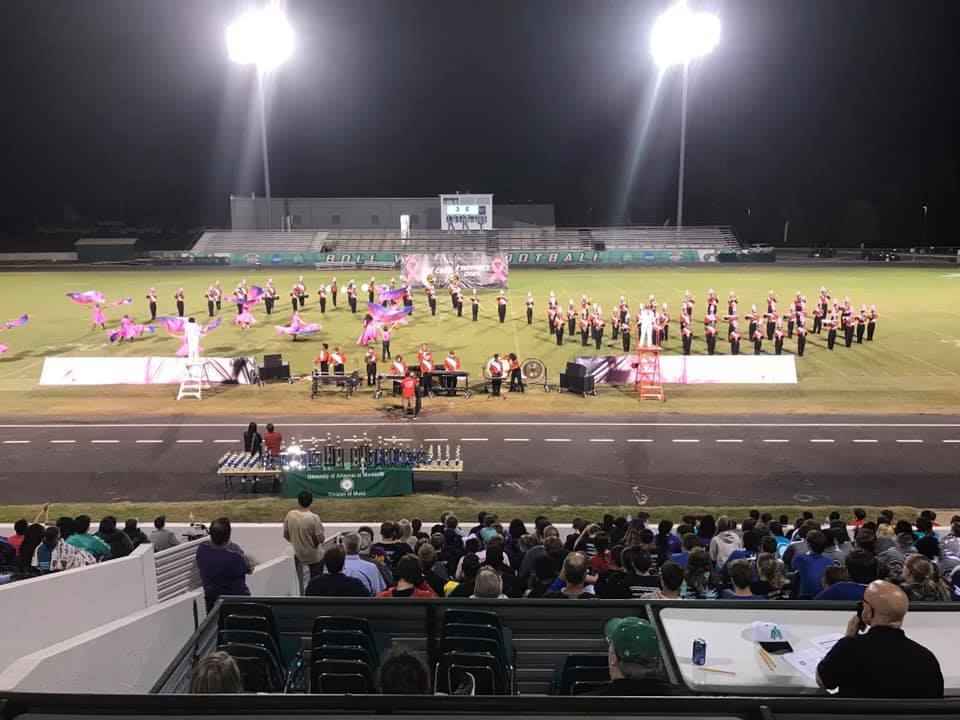 The Maumelle High School Band traveled to Monticello this week to perform in competition at the 2019 UAM Kappa Kappa Psi Marching Invitational. There were 17 bands performing, representing schools from central, southeast and southwest Arkansas, as well east Texas. The MHS Band performed its 2019 Competition Show entitled "The Cure: A Survivor's Story" and earned the following accolades:

Their next competition performance is at 1:15pm on Saturday, October 19th at the 2019 Championship at the Rock Marching Contest at War Memorial Stadium. 26 of the best bands in Arkansas and Texas (Class 1A to 7A) will be competing that day. We hope you can join.