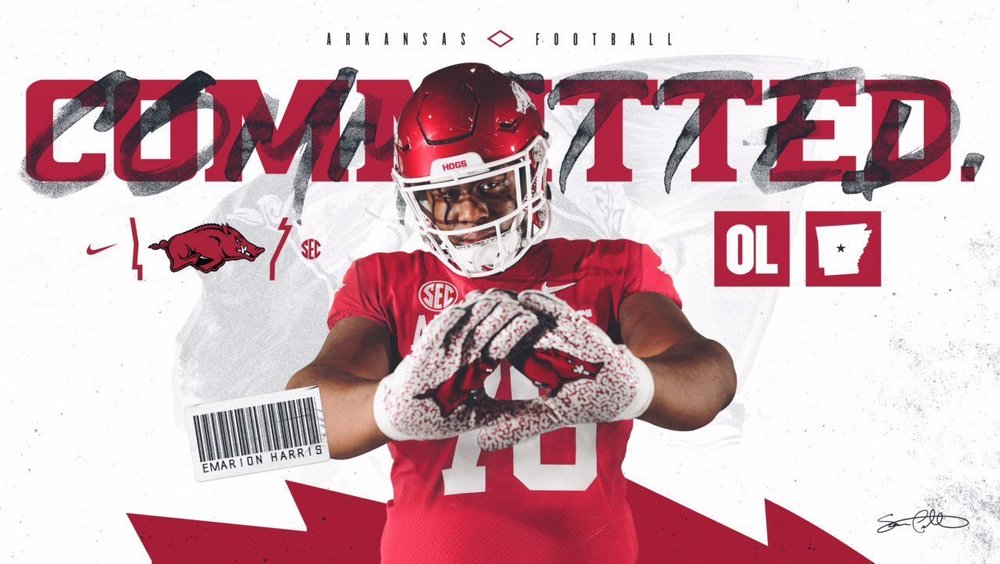 E’Marion Harris is an offensive tackle from Joe T. Robinson High who will graduate this spring. Harris was the No. 2 recruit in Arkansas. He is following in his father Elliot’s footsteps who played defensive end for the Hogs 2001-2004. ESPN rates Harris as a 4-star prospect.

Congratulations to Andrew, Nico, and E’Marion! We look forward to seeing you all on the field next for the Razorbacks year!